This is really an opportunity to meet other people in your community and have great fun making singing. If you’ve yet to come to one of the rehearsals, come along every Wednesday between 5.30-7pm at Rookery School, Rookery Road,Handsworth, Birmingham B21 9PY. The 25th September will be the next rehearsal.

From November the Handsworth Community Choir group will start working towards Christmas concerts. On Wednesday 18th December 2013, there will be a Christmas Community Concert at the school, and on Tuesday 22nd December, the choir may be peforming at Symphony Hall again!

Check out the choir’s schedule online by clicking the
following link :
https://www.google.com/calendar/embed?src=handsworthcommunitychoir%40gmail.com&ctz=Europe/London

If you find this exciting, come along! 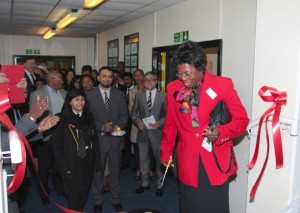 The official ceremony was performed by Birmingham city councillor Sybil Spence, a long-time supporter of the school, who cut the ribbon at the Milestone Lane site.

The new sixth form block cost around £1.5 million and was completed in July, having taken six months to build. The opening ceremony was held in the company of distinguished guests, governors, staff, parents and students.They were entertained by dancers and the school’s jazz band, which achieved fame after being invited to play at the Johan Sebastian Bach Musikschule in Vienna, Austria, in April.
The assembled visitors then listened to speeches from former Holyhead students, all of whom sang the praises of the school and the opportunities it had given them to thrive post-16.Holyhead principal Martin Bayliss said: “We began to deliver post-16 education onsite in 2008 with just 13 pioneering students.
This year sees around 200 sixth formers on roll. No wonder the school is a popular choice for 16-year-olds!”He added: “This year’s A level results were outstanding with 100 per cent pass rate. Students applying to university from the school all gained places, with many about to attend Russell Group establishments – the top universities in the UK.”The Sixth Form Open Evening for students wishing to join in September 2014 will take place in the new block on Thursday 17 October from 6pm. The new Sixth Form prospectus is now available at www.holyheadschool.com .

“Young  people in our city, hold the keys to Birmingham’s future!”  As a young Handsworth resident, I work alongside 8 other passionate young people, as a member of the United Kingdom Youth Parliament (UKYP) representing Ladywood and Perry Barr.  Youth members of the UKYP in Birmingham represent young people from a range of different backgrounds but together we make one team and work to improve our city. We are a small team of young people but we all share the same visions and goals, which is to make our communties better for all the future leaders of our city – young people.

The UKYP is the largest democatic youth led organisation run by young people for young people! Just last year we had over 250,000 young people take part in the largest youth ballot votes in the UKYP Make Your Mark Ballot papers, these are very important as they decide the caimpaign that is debated by young people in the House of Commons on the 15th of November – this has now been launched.

Five topics form a shortlist of 15 will be debated by elected MYPs in the chamber, chaired by The Rt Hon John Bercow MP, Speaker of the House of Commons.

UKYP will again be working in partnership with Parliament Week and BBC 3’s Free Speech programme to promote the topics to schools and the public.

This is the 2012 UKYP debate in the House of Commons, watch and really understand the magnitude of our work.

To show you just how powerful the voice of youth is, just listen to a passionate UKYP member on the 2012 House of Commons debate.

In order for me to help represent young people, I need to reach out to as many young people in OUR area. But I can not do it alone, so I am asking  for your support! The deadline is October 12th 2013. If you feel inspired to get in touch 😀

After celebrating its centenary in Spring, Birmingham Repertory Theatre re-opens to the public this September with a new 300-seat studio theatre created through partnership with the new Library of Birmingham.

With an incredible season of entertainment for you, the first production in their new theatre, The STUDIO, will be the world premiere of The Legend of Mike Smith, written by and starring the Birmingham born MOBO award-winning musician Soweto Kinch. Be taken on a journey through the seven deadly sins, with jazz improvisation, a driving hip hop score and choreography from a pioneer of British Hip Hop culture, Jonzi D.

A world premiere is also the first production in The DOOR as one of the most exciting young poets and writers working in Britain today, Kate Tempest, presents her new play Hopelessly Devoted. Telling the story of music and its redemptive power, the show combines lyrical fireworks with exhilarating live music.

In his first stage role at The REP, Martin Shaw returns to his home city to play the lead role in a new version of Reginald Rose’s Twelve Angry Men and Collective Artistes present Zhe, a show based on the true-life stories of two British Africans living at the crossroads of culture.

For Christmas, Bryony Lavery and Jason Carr’s adaptation of Dickens’ A Christmas Carol returns to The REP in a new staging. Plus, twenty years after its debut flight, The Snowman soars back to its Birmingham home.

“This is an historic occasion and I’m thrilled that we are back home. We’re re-opening the theatre with an exhilarating season of classics, new work, great hits, fantastic names, an extraordinary range of local talent and some brilliant collaborative and contemporary theatre making. 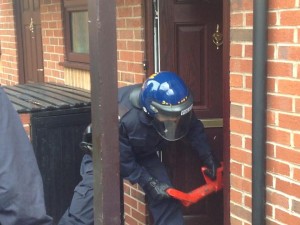 The day began with three drugs warrants in Newcombe Road, College Road and Herbert Road where drugs and paraphernalia were seized and recovered.

Fines warrants in partnership with Her Majesty’s Court Tribunal Service (HMCTS) were next on the agenda with more than 40 premises visited leading to the arrest of seven people who were taken directly to Magistrates Court.

Four on-the-spot payments were also made leading to the recovery of over £3,000 of outstanding payments.

The afternoon was devoted to speedwatch where officers, working with members of the community, stopped 18 vehicles on the Walsall Road and Queslett Road, which resulted in six speeding tickets and 12 warnings issued.

As a persistent problem in the area, anti-social behaviour patrols were carried out throughout the day at identified hot spot locations.

Various licensed premises were also visited by officers, checked and given advice when selling alcohol, to ensure that underage drinkers were not served.

Inspector David Keen who organised the day of action said: “The day has proved to be a success, bringing perpetrators in the area to justice and making sure that the people in Handsworth continue to enjoy to live here in safety.

“Whilst we are doing these activities on a daily basis, we really wanted to show the community some of the activity that we carry out to tackle local concerns and I think that this action-packed day has done this.”

For further information on the day’s activities, please visit our social media pages on www.facebook.com/brumpoliceand www.twitter.com/brumpolice

Birmingham Settlement is holding a FREE funding fair for ANY groups and organisations interested in gaining some funds to help support their activities. Lunch will be provided for FREE.

The event will take place on: Wednesday 21st August 1.00pm – 3.00pm at Centre for the Aston Family (359-361 Witton Road, Aston, B6 6NS). Plus this is an opportunity to speak to  Birmingham Settlement’s Fundraising and Communications Officers. 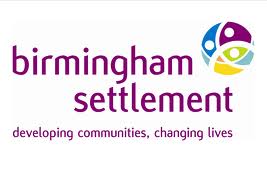 If this is something that your local group or organisation is interested in,  book now, e-mail louise.bunn@bsettlement.org.uk or call 0121 250 0752.

You are invited to come along to your local Neighbourhood dialogue event to help develop a strategy that identifies improvements at a neighbourhood level. It is vital that residents and agencies are engaged in the process so please come along and make your views count. The idea is to create a vibrant energy that encourages dialogue and joint action with local residents, businesses, investors and service providers on the needs, opportunities and priorities in each of the city’s neighbourhoods.

If you are unable to make your local event you can have your say by attending other dialogue events listed below to be held across Birmingham:-

All bookings by email to fairbrum@birmingham.gov.uk

Please note the entry fee is £1.00 per session.

Stuck for something to do with the children over the Summer holidays? Then it might be worth taking a look at the activities listed below:-

Over the Summer Holidays there are a number of local holiday playschemes in the Handsworth area: