Over 6,000 children from Birmingham are set to take part in the UK’s biggest Olympic school sports event this summer, organisers announced yesterday. Over the next two months, pupils from 17 primary schools across Handsworth will be coming together to participate in the “Schoolympics” — described as an “explosion of colour, youthfulness and excitement” to celebrate the London 2012 Olympic Games. Youngsters aged between five and 11 will engage in 16 different sporting events such as gymnastics, athletics, archery, football and BMX cycling — with the winners receiving medals especially designed by pupils.

The Schoolympics programme — which runs until July — will be officially launched on Monday, May 21 at a “glittering” opening ceremony in West Bromwich. Special guests include BBC correspondent and High Sheriff of Birmingham Anita Bhalla, who is part of the UK Olympic Committee, and Birmingham-born British Olympian Eddie Wedderburn. A spokesperson for event organisers the Handsworth Association of Schools (HAS) — an educational charity which comprises 24 primary, six secondary and one special school in the area — says the massive project is an “incredible opportunity to inspire young people with the Olympic spirit”. 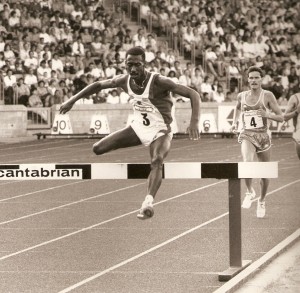 Anita Harding, HAS Strategic Manager said: “We believe that the Schoolympics is the biggest Olympic programme involving primary schools in the whole of the country and our teachers, children and staff cannot wait to get our celebration off the starting line. “Once-in-a-lifetime tournaments such as the Olympic Games not only showcase the nation but also have huge potential for engaging and reaching young people in a way few other events can.

“The project is a fantastic way to mark the London Olympics in a memorable way and over the next few month it will inspire over 6,000 young people in Birmingham to share in the incredible Olympic spirit of achievement and co-operation.” Recent research by educational charity the Centre for British Teaching (CfBT) shows that ‘mega-events’ such as the Olympics can have long-lasting educational benefits. For example, they can be used to increase participation in school sports and exercise, promote values of teamwork and friendship, and teach children about collaboration and citizenship, culture and enterprise, and internationalism.

For the Schoolympics event — which run from May 22 to July 5 — all the schools involved will each be adopting an Olympic country and exploring their history and culture. Each individual school will also be marking the event by holding their own ‘Schoolympic’ torch events and flag carrying ceremonies. Secondary schools in Handsworth are also engaged in the project and will be offering their facilities and resources for the hosting of sporting events.

In addition, young sports leaders from the secondary schools will be acting as marshals and role models at the events, which include handball, volleyball, indoor rowing, netball, multi-skills, cricket, triathlon, tri-golf, tennis, badminton and hockey. “Handsworth is a multi-cultural neighbourhood with a richness of culture and diversity. Unfortunately, in recent years it has been known more for its issues around gangs and drugs than sense of community,” said HAS Chair, Moira Foster Brown.

“We hope the Handsworth Schoolympics will help change this, providing a platform for the children and young people of Handsworth to truly reflect the positive work happening and show real ‘unity in the community’. “HAS intends to make the most of the Olympics as a focal point for youth activity — encouraging participation in school sports and physical exercise, and giving children a chance to become more involved with countries from around the globe.”

At the opening ceremony, taking place on May 21 from 6–7.30pm at Bethel Convention Centre, more than 750 pupils, parents, carers and staff will be entertained with music, dancing and drama inspired by the adopted Olympic countries. Guests speakers Anita Bhalla and Eddie Wedderburn will be appearing alongside Schoolympics mascot ‘Whistle’, and all schools will also be singing a specially-commissioned Schoolympics anthem. Retired athlete and West Bromwich resident Wedderburn, who represented Great Britain in the men’s 3000 metres Steeplechase at the 1988 Olympics Games in Seoul, said: “Nothing compares to the Olympics for uniting people and communities through sports and culture, and I am therefore delighted to be part of this important event teaching children true Olympic values.”